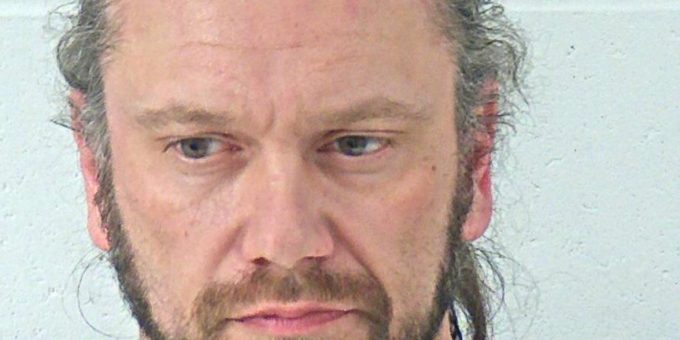 ISP had received information that Thompson was dealing large amounts of meth in Lawrence County. A variety of investigative techniques were utilized to verify this information.

On Wednesday, February 9th, Sgt. Greg Day obtained information that Thompson was traveling to Louisville, Kentucky to purchase a large amount of meth in order to sell it upon his return to Bedford. Sgt. Day, along with ACES members Troopers Chance Humphrey, Caleb Garvin, and Ian Portteus attempted to locate Thompson. A little after 7:00 p.m., Trp. Humphrey observed Thompson driving east on US 50, near Limestone Run Road, in his GMC van. Thompson was exceeding the posted speed limit and a traffic stop was initiated.

During the stop, Trp. Portteus deployed his canine, Czar, who gave a positive alert to controlled substances in the van.

A search of the vehicle revealed that Thompson was in possession of approximately 530 grams of methamphetamine, which is almost 1 ¼ pound. In addition, Thompson possessed a loaded 9mm handgun along with approximately 20 grams of marijuana, THC wax, schedule 2 controlled substance pills, drug paraphernalia, several unused small plastic baggies, two sets of digital scales, and other evidence of dealing methamphetamine.

Sgt. Day praised the work of his team members.

“I am extremely proud of the work the ACES troopers do on a daily basis, and especially on this investigation,” said Sgt. Day. “I don’t think it can be overstated how taking more than a pound of methamphetamine off the streets benefits our community. We hope all those struggling with addiction seek the help they need, but we will always hold those dealing large amounts of illegal drugs accountable for the devastation they create amongst our friends, families, and loved ones.”