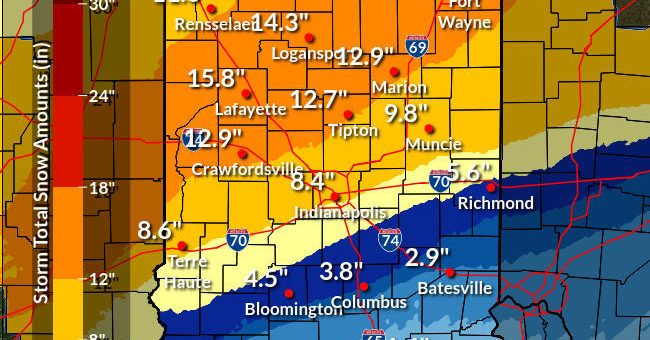 SOUTHEAST IND. – The Indiana Department of Transportation’s Southeast District has issued a full call-out ahead of a significant winter storm moving into the area today.

Rain is expected throughout the day Wednesday and will transition to snow Thursday in the northern part of the district where a Winter Storm Warning has been issued. Ice will be the main concern to the south where an Ice Storm Warning goes into effect. Four to five inches of snow is possible in northern locations, with up to one-half inch of ice closer to the Ohio River.

Major road impacts are expected through at least Friday. INDOT is encouraging drivers to avoid unnecessary travel. Those who must go out will likely experience snow and ice-covered roads due to high accumulation rates and blowing snow.

Drivers will begin patrolling late Wednesday afternoon in the Bloomington and Columbus areas and later in the evening/Thursday morning in Aurora, Falls City, and Madison. Crews will treat and clear state roads through Friday, or longer if needed, working 12-hour shifts.