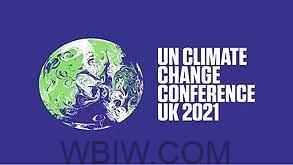 WEST LAFAYETTE — World leaders and scientific experts are gathered in Glasgow, Scotland, for the 2021 United Nations Climate Change Conference to discuss what collective action must be taken to decrease fossil fuel emissions that lead to warming and extreme weather events.

With these discussions happening on the world stage, the Purdue Climate Change Research Center released animations to illustrate what is happening in Indiana.

Jeff Dukes, Purdue forestry and natural resources professor and director of the Purdue Climate Change Research Center explained why thinking about your home state should be an important outcome of the Glasgow conference.

“Every region of the world is contributing to climate change in some way,” he said. “These animations provide local context to the Glasgow negotiations. There are many things we can do in our own state that will minimize our contribution to climate change and help insulate us from the impacts.”

Andrea Nebhut, a graduate student in the Department of Forestry and Natural Resources and one of Dukes’ advisees, studies the intersection of climate change, plant invasion, and ecosystem services. She explained her motivation for creating the animations.

“Carbon dioxide and other gases that cause climate change are invisible, and so their impact on climate change is something we can’t see as they’re happening,” she said. “With these animations, I hope to communicate the causes and consequences of climate change on a scale that feels personal and actionable to Indiana residents.”

The sources of Indiana’s carbon emissions