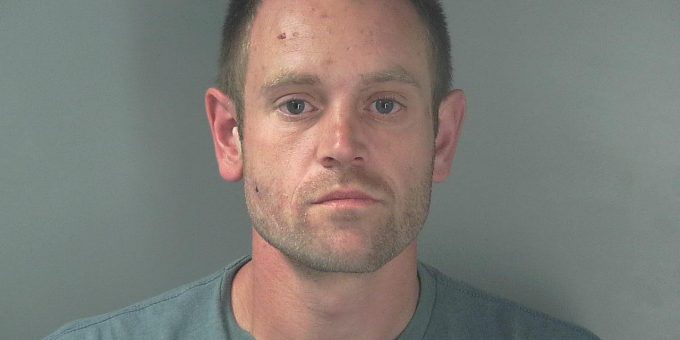 BLOOMINGTON – Bloomington Police officers made an arrest in the recent act of vandalism at the Islamic Center of Bloomington.

According to Bloomington Police Captain Ryan Pedigo, on October 18th at approximately 6:40 a.m., an officer responded to the Islamic Center of Bloomington, located in the 1900 block of East Atwater Avenue, for a report of prior vandalism.

The responding officer spoke to the president of the center, who stated that he had been able to review video surveillance footage. The footage showed what appeared to be a white male with short hair and layered clothing entering the playground area of the Center at approximately 1:13 a.m. on October 18th. The man could be seen in the footage damaging several picnic tables and dumping trash cans over. He also broke sections of the metal fencing around the playground. Further, the man damaged an air conditioning unit by pulling wires from it, broke one of the security cameras that point towards the playground, and broke several toys that were in the playground prior to
leaving the area around 2:00 a.m.

Photographs of the suspect were disseminated to local media outlets on October 19th in an effort to seek assistance from the community in identifying the man. A Bloomington officer reviewed the footage and provided the investigating detective with a possible identity of the suspect being Adam Walls, as the officer was familiar with Walls from previous calls.

Detectives attempted to locate Walls and found him during the early morning hours of October 21st near the Shalom Center in the 600 block of South Walnut Street. After the interview, Adam Walls was arrested.