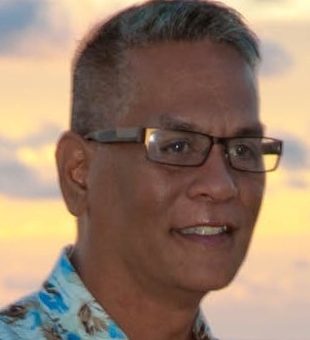 Guy A. Massette, 56, of Bloomington, passed away on Tuesday, September 28, 2021, at IU Health Bloomington Hospital.

Born June 3, 1965, in Wahiawa, Hawaii. Guy married his best friend Robyn (Williams) Massette on September 30, 2015. He was a technologist at Catalent in the engineering department. He formerly worked for Visteon and Bedford Machine & Tool. Guy was an avid golfer and poker player.

He was preceded in death by his grandparents.

Visitation will be from Noon until 4:00 p.m. on Saturday, October 2, 2021, at the Day & Carter Mortuary. Family and friends may express condolences at www.daycarter.com.

In lieu of flowers, memorial contributions may be made in Guy’s memory to the Monroe County Animal Shelter.