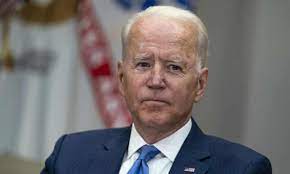 WASHINGTON – President Joe Biden has a new six-prong strategy to deal with the virus.

“I believe the vaccine is the number one tool that will protect us and our loved ones against COVID-19. It is the tool that will end the pandemic. However, I strongly believe it’s not the state or federal government’s role to issue a vaccine mandate upon citizens and private businesses. This is the approach our administration has taken all along. The announcement from President Biden is a bridge too far. Private businesses should be able to look at their own mission, their staff, and their goals and make the decision best for them that will keep their doors open. I believe it is fundamentally a citizen’s right to choose whether or not to get the vaccine. While I wish everyone would get the vaccine, we are a country built on this exact type of freedom,” said Governor Holcomb.

1. Vaccinating the unvaccinated with mandates for workers, public and private. Biden directed the Labor Department to require all employers with more than 100 workers to require either the vaccine or regular testing. That’s an effort which many will fight in federal court stating it is a violation of their constitutional rights. In addition, the White House will strengthen vaccination requirements for most federal workers, but remove the option for workers to get regular testing rather than the vaccination. He’ll sign an executive order requiring the same standard from federal contractors. That’s an estimated 2.5 million workers. It’s a step the president hopes hope will spur similar actions in the private sector. Biden last month signed an order requiring nursing homes that received Medicare and Medicaid funding to vaccinate their workers.

2. Further protecting the vaccinated through booster shots. There’s been some confusion about this as the country moves closer to recommending boosters for the most at-risk Americans. Some recipients of the Pfizer vaccine could be ready for boosters as soon as September 20th, although the FDA has not yet approved them. A key advisory board meets on September 17th and the Centers for Disease Control and Prevention would still have to set guidelines for who should get them. The CDC website suggests people should not get a booster until at least eight months after getting their second dose. Look for the emphasis to be on older Americans and first responders vaccinated early on.

3. Keeping schools open. Schools are the angriest flashpoint as people fight over mask requirements. President Biden promised to make up the salary of any teacher or administrator whose pay was withheld by a state opposing mask requirements.

He also said he will require that 300,000 educators in federal Head Start programs be vaccinated and will call on governors to require vaccinations for schoolteachers and staff.

As the school year starts, schools around the country are dealing with quarantines for teachers and students disrupting what was supposed to be the great return to the classroom.

Infections and hospitalizations among kids are rising, which worries experts, but they are still the least likely age group to get sick or die from the virus. Among recent infections, more than a quarter were children, but less than 3% of hospitalizations are for children. Some younger kids develop an inflammatory ailment MISC-C after contracting COVID-19. That can keep them hospitalized for weeks.

4. Increasing testing. The Defense Production Act will be used to accelerate the production of rapid tests, and the administration is planning to send 25-million free tests to US health clinics.

Some retailers, like Amazon, Kroger, and Walmart, will sell the at-home tests at cost for the next three months, President Biden said.

Regular and affordable testing, if done right, could not only diagnose people who feel sick, it could stop the spread of the pandemic by letting people know if they are contagious and need to stay home, even if they don’t feel sick. Scientists have been pushing for this kind of testing, accessible, affordable, and ideally, at home, since the start of the pandemic.

5. Economic recovery. The eviction moratorium and expanded unemployment insurance have expired. The government’s toolkit to help those hurt by the pandemic is veering away from direct help.

But President Biden announced Thursday his administration would expand the Economic Injury Disaster Loan program to allow for small businesses to borrow up to $2 million, up from the current $500,000, in low interest, long-term loans if their sales have been impacted by COVID-19.

In July, the number of jobs available in the United States climbed to 10.9 million, a new record high, the Bureau of Labor Statistics reported Wednesday.

6. Improving care for those with Covid-19. The US will also increase the availability of new medicines “recommended by real doctors, not conspiracy theorists,” to help Covid-19 patients, President Biden said.

“We’ve already distributed 1.4 million courses of these treatments to save lives and reduce the strain on hospitals. Tonight, I’m announcing will increase the average pace of shipment across the country, a free monoclonal antibody treatments by another 50%,” the President said.

Additionally, the Department of Defense will double the number of military health teams available to help overburdened hospitals around the country.