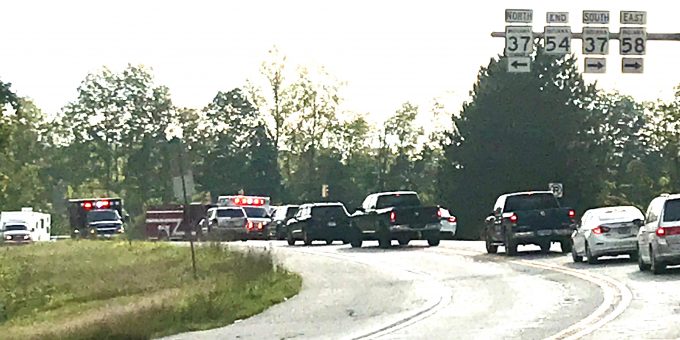 AVOCA – The driver of a dump truck refused to be transported to the hospital following a traffic accident at the intersection of State Road 54 and State Road 37 Saturday morning. The accident happened just before 9:30 a.m.

The dump truck was headed westbound on State Road 54, headed toward Avoca when the accident occurred. According to reports, the driver was ejected out of the vehicle, with a minor shoulder injury. The dump truck was the only vehicle involved in the incident.

It took emergency crews a couple of hours to clear the debris from the stone that was emptied out onto the highway and to tow the dump truck from the scene.