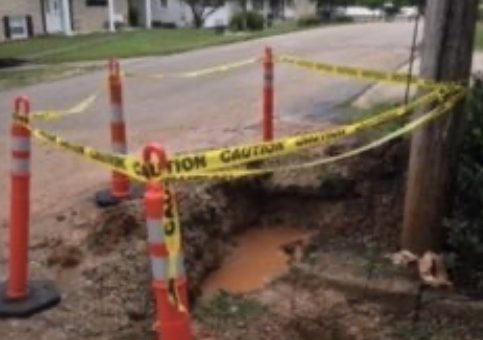 OOLITIC – The Town of Oolitic was approved to receive $240,000 in ARP funds. The town is expected to receive the first round of funds within the next 7-10 days according to town officials.

Michelle Carrico, Southern Indiana Economic Corporation announced the award for grants for the stormwater grant is expected to be announced on September 9, 2021. The cost of the project is projected at $750,000. The grant will replace a culvert, and make road repairs at the intersection of Hall Avenue and Mathis, and stormwater improvements at Hall and Oak streets.

The town applied for a $600,000 grant from the Office of Community Rural Affairs. If received, the Town of Oolitic will match the grant with $159,600 with a State Revolving Flood Control Loan. The loan is expected to be paid off in approximately ten years.

In the public comment period, a resident reported one of their neighbors was torturing, abusing, and killing stray cats. A report has been filed with the Oolitic Police Department. The same resident also complained about open burning and was told to contact the Oolitic Fire Chief about the issue.

Michael Coryea explained his plans to purchase the building at 602 Hoosier Avenue. The goal is to transform the property into living quarters for short-stay residents who are have been in addiction and mental health treatment rehab. A house monitor will be on duty 24 hours. The Town of Oolitic requested a written plan for the property and the final approval will be looked at by the town council. Coryea agreed to do so and further stated that he hopes to purchase the property in November and already has purchased a building in Bedford to use for the same purpose.