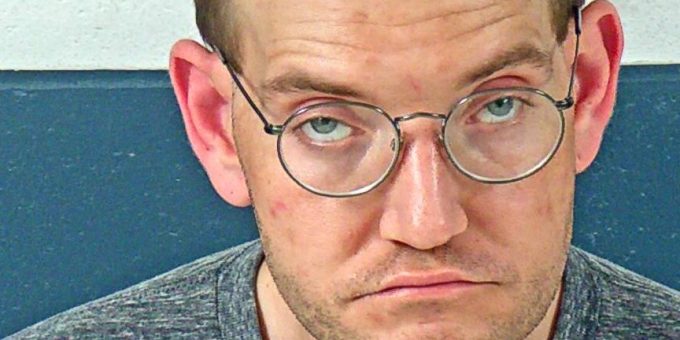 BEDFORD – A Bedford man was arrested after Bedford Police officers were called to Burkes Outlet on James Avenue, Monday night after a report of a male refusing to leave the store after the store closed.

When officers arrived they found 34-year-old Larry Heinz was in a fitting room with the door locked. Officers requested Heinz to exit the room.

After a short period of time, Heinz exited the room talking on his cell phone. In the room, officers noticed several large piles of clothing lying on the floor

Heinz was then told to get off the phone. Heinz told officers he wasn’t talking to anyone on the phone. He then attempted to go back into the fitting room and became confrontational.

Officers continued to speak to Heinz, who they say was “making no sense”.

Officers then noticed Heinz had something in his pocket. In his pocket, he had a small black bag that contained some change and another small bag containing several pills, Clonazepam and Alprazolam.

Heinz was arrested after saying he did not have a prescription for the medications.

In Heinz boot officers found two wallets that he had stolen from the store.

Heinz was arrested on two counts of possession of a controlled substance and theft.