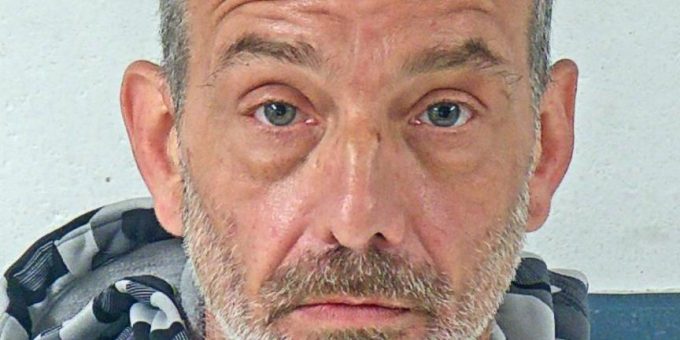 MITCHELL – A Mitchell man was arrested Sunday morning after Lawrence County Sheriff’s Department deputies received a 911 call from a home in the 450 block of North 7th Street reporting a woman had a broken arm with an abrupt hang up.

When police questioned the woman regarding what took place, she refused to speak to the deputies.

Officers then spoke to Knoy who said the woman had left the house the night before and returned saying her arm was hurting.

Once the woman was placed in the ambulance a deputy questioned the woman again.

She told the deputy that during an argument Knoy had pinned her to the floor and used his knee to pin her arm down causing it to pop and causing a large amount of pain.

She said she wanted to call 911. but Knoy wouldn’t let her and would not allow her to leave the home.

When Knoy exited the home to get cigarettes, she went to a neighbor’s home and called 911.

Knoy was arrested without incident on charges of domestic battery and criminal confinement.

Police say the woman suffered bruising and swelling to her left lower and upper forearm and some minor deformities. She was transported to St. Vincent Dunn Hospital for treatment.