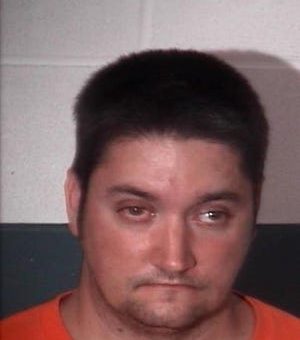 LAWRENCE CO. – During a hearing in Lawrence County Superior Court I in the case of Bryan Lyons Thursday, Judge John Plummer III heard about evidence that was possibly changed.

Indiana State Trooper Dan Gress, a 30 year veteran of the force, administered a polygraph test to Lyons. Gress is being accused of changing that evidence three days prior to a scheduled jury trial in July 2021.

Lyons was arrested on a charge of child molesting in June 2017 and has been in jail since that date. Lyons is accused of sexually touching a then 5-year-old girl.

The court and Lyons’ defense attorney were not notified of the changes until the jury trial was set to begin on July 19th.

Enlightened of the new evidence that was disclosed that day, Judge Plummer ordered Lyons released from jail.

A Brady violation is when the prosecutors in a criminal case fail to perform their constitutional duty to submit helpful evidence to those that are charged with a crime.

In Indiana, polygraph evidence is only admissible if the polygraph is stipulated. A stipulation is a legal document prepared and agreed upon between the attorneys for both the defense and the prosecution.

However, ISP Sgt. Dan Gress took it upon himself to change the designation, and Lyons and his current attorney were unaware that Sgt. Gress had made the change, violating the agreement between the prosecutor’s office and Lyons.

There are three portions of a polygraph test, a pre-test to see if the person even qualified for the polygraph exam, In-test (chart), and a post-test. The Lawrence County Prosecutor’s office only wanted to admit the post-test portion of the examination during the trial.

ISP Sgt. Paul Hansard, who is Gress’ supervisor testified that Sgt. Gress has an impeccable record. Hansard also testified using Exhibit A all ISP policies were followed at the time.

Defense expert witness Mike Turk who has administered polygraph tests for more than 39 years for Indianapolis Police Department and now owns his own business, testified as an expert stating the polygraph should not have been administered to Lyons when it was. He testified that the polygraph was not conclusive and there was something that appeared to be going on during the testing.

ISP Sgt. John C. Campbell who conducts peer review of the polygraph examiners for the Jasper Police Post testified he reviewed the polygraph exam in question and interviewed ISP Sgt. Gress and said that all the policies of the Indiana State Police were followed.

However, after Judge Plummer asked him to briefly look over the two exhibits submitted and the difference in the evidence, Campbell cited there was a substantial difference between the two exhibits. He also testified the second exhibit was not used during his peer review of Sgt. Gress.

Rule 3.8(f) states:
The prosecutor in a criminal case shall except for statements that are necessary to inform the public of the nature and extent of the prosecutor’s action and that serve a legitimate law enforcement purpose, refrain from making extrajudicial comments that have a substantial likelihood of heightening public condemnation of the accused and exercise reasonable care to prevent investigators, law enforcement personnel, employees or other persons assisting or associated with the prosecutor in a criminal case from making an extrajudicial statement that the prosecutor would be prohibited from making under Rule 3.6 or this Rule.

Judge John Plummer must now decide what type of legal remedy will be used to handle the new information discovered in the case. This can range from a continuance, exclusion of the polygraph evidence, and other sanctions by the court.

A jury trial is set for December 6, 2020, in Lawrence County Superior Court I.

Lyons was arrested after being accused of molesting a 5-year-old girl in 2017.

On June 14, 2017, Indiana University Health Bedford Hospital staff reported to police they were treating a 5-year-old girl for possible sexual abuse, according to a Lawrence Superior Court I probable cause affidavit. Police spoke with the child’s grandmother, who told an investigator the girl had redness and irritation for about a month. The grandmother told police she asked the child if someone had touched her and she responded by saying Lyons did. The woman said she learned this on June 13, 2017.

On June 15, 2017, police interviewed the girl. The affidavit stated she said Lyons touched her and that he was not wearing clothes. She told police the event was “awful.”

On June 22, 2017, police interviewed Lyons. Lyons told police he was applying cream to her vaginal area when he became aroused. The affidavit stated he told police it happened on June 9 or 10, 2017.