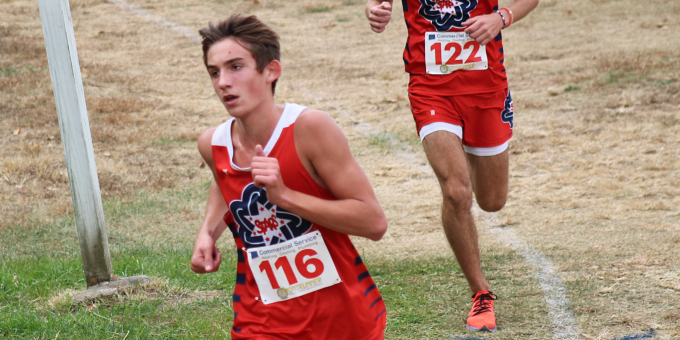 BEDFORD – College courses often have required reading, and Bedford North Lawrence coach Jonathan Calhoun just added a late-semester read for his runners as they seek to move up toward the head of the class. Failure to meet the requirement will mean a failing grade.

Advance to the regional as a unit. Period. It’s that simple. No curve, although the BNL race course has a few of those. Pass-fail, and the Stars have a few rivals to pass.

While three Stars qualified for the second stage of last year’s state tournament series, the team finished sixth in the final sectional tally, three points shy of the fifth and last passing grade for advancement. That was not good enough.

“We’re going to make it out of the sectional,” Calhoun said. “Last year we didn’t make it. It should be required that we make it out, then make a big dent in the regional.”

With the three regional qualifiers back for another run, plus the addition of a large and passionate freshman class, BNL should be positioned to make Calhoun’s prediction a reality. The clock is ticking. It always does.

“Hopefully we will be a lot stronger,” BNL senior Colton Sons said. “We have the numbers, and the people, to do it. It will be a growing team.”

Sons made the regional last season, finishing 23rd (18:10.20) in the sectional race on the BNL course. He will be joined by junior Cole Baker (24th in 18:18.83) and senior Cameron Haste (30th in 18:44.83). Those places and times will no longer be good enough. Sons, once he comes back from a preseason muscle injury in his left knee, wants to shave over a minute off the stopwatch. Baker is shooting for a huge time drop as well.

“It’s a mental barrier,” Sons said. “We have the physical ability to do it. It’s getting out there and doing it, not letting it get in your head. That’s all runnning really is. It’s in our head. We know what to do, when to do it, and that’s the expectations I have. When I get back, I’ll know what I’m doing, use all that to my advantage.”

Experience is a key factor in racing, and the returning trio have plenty of that.

“I’m hoping they can work together,” Calhoun said. “They can realty push the pack and help the underclassmen.”

Indeed, while the leaders set the pace, BNL must find other scorers for success. The other two that will comprise the top five could come from a 10-man freshman class.

“It’s a young team that’s going to grow,” Calhoun said. “We’re inexperienced, but they’ve put the work in. This has been the hardest working group of freshmen I’ve seen in my five years here. I’m excited about that. They like to run, they like long distances. Now we have to get their fast legs going, because cross country is a long distance but it’s also a sprinter’s mentality.”

BNL will open the season at Terre Haute on the LaVern Gibson championship course on Saturday.