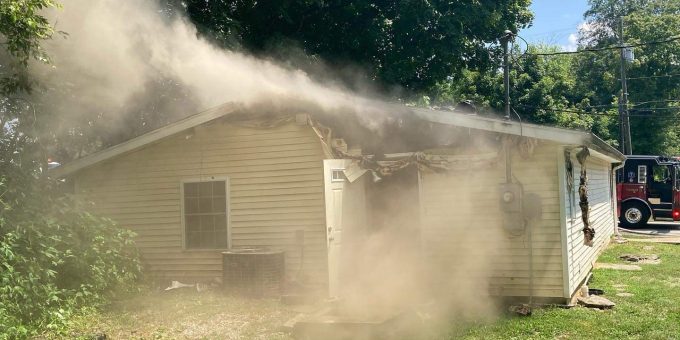 BLOOMINGTON – Monroe Fire Protection District responded to 7200 Strain Ridge Road to battle a house fire Thursday after a passerby reported the blaze after seeing smoke coming from the back of the home.

Firefighters made entry into the home to conduct a search, while other firefighters began to extinguished the fire that was in the back room. The fire spread up a back wall and into the attic space prior to firefighters arriving on the scene.

Firefighters cut a hole in the roof to allow smoke out of the attic. Crews made quick work to stop the fire from spreading any further.

The cause of the fire is under investigation and the homeowner was not home at the time of the fire.