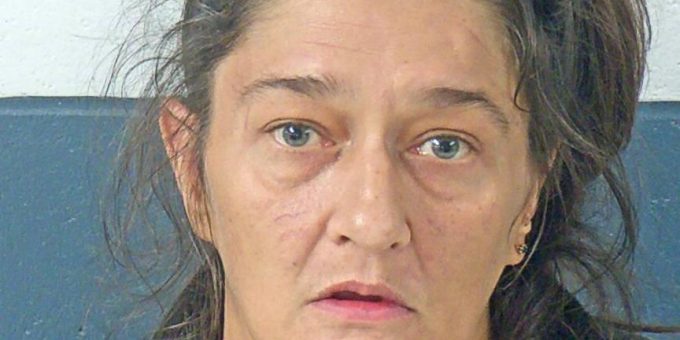 BEDFORD – A Nashville woman was arrested Sunday night on meth charges after a Bedford Police officer located meth and drug paraphernalia in a vehicle during a traffic stop.

Police arrested 46-year-old Billie Boyd, a passenger in a vehicle, on charges of possession of meth and drug paraphernalia after she admitted the drugs belonged to her.

The officer stopped the driver, 41-year-old William Ford, of Nashville, for speeding at the intersection of State Road 37 and Dixie Highway. The driver was given a warning for speeding.

Ford denied the officer’s request to search the vehicle.

Canine Maximus was called to the scene and alerted Officers to drugs in the vehicle.

During the search, Officers located a glass smoking utensil containing burnt meth residue and two cut drinking straws with meth residue located in a cardboard box located on the front passenger floorboard of the vehicle.

Ford denied to the police that the found items belonged to him.

Officers continued their search and located a plastic baggy containing crystal meth inside of a purse, a digital scale with meth residue, and an Altoids container that contained a cut drinking straw with meth residue.

Boyd later admitted all items found on the passenger side of the vehicle belonged to her.

Ford was also arrested and transported to jail. The Prosecutor’s Office did not file charges and Ford was released from custody.