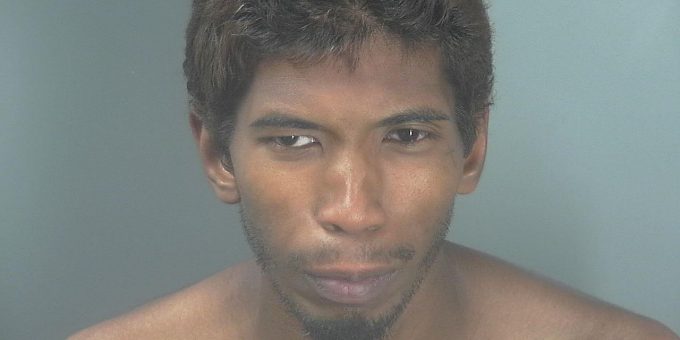 BLOOMINGTON – The Bloomington Police Department is investigating a stabbing at a hotel on the north side of the city.

One victim is currently hospitalized as a result of the stabbing, according to Bloomington Police Captain Ryan Pedigo.

The investigation is ongoing, but one man has been arrested.

Ian XV Thorpe, 24, of Bloomington, has been arrested and preliminarily charged with attempted murder, a Level 1 felony.

On July 29th at approximately 1:08 a.m., Bloomington Police officers responded to the Wingate by Wyndham hotel, located at 1722 North Walnut Street, in reference to a disturbance.

The caller reported a woman was running throughout the hotel asking for help and a man was walking through the building covered in blood. Upon arrival, officers found the 27-year-old injured male, from Evansville, in a room on the second floor. The male suffered stab wounds to his left arm and chest.

An ambulance from IU Health Bloomington Hospital transported the male to the hospital for treatment of his injuries. He is listed in stable condition.

While investigating at the scene, investigators determined the stabbing had occurred in the parking lot of the hotel.

The victim and suspect had reportedly gotten into a physical altercation and at some point during the fight, the victim had been stabbed multiple times, Captain Pedigo said.

A female witness and the victim were able to identify Ian Thorpe as the suspect.

As officers continued the investigation, a blue Ford Escape was observed in the parking lot of the hotel. That vehicle appeared to be attempting to drive through the crime scene, which had been cordoned off with crime scene tape by investigators, Captain Pedigo said. The vehicle was stopped by officers and found Thorpe lying in the back seat of the SUV.

Anyone with information about the stabbing is asked to call Detective Blake McCamey at 812-339-4477.