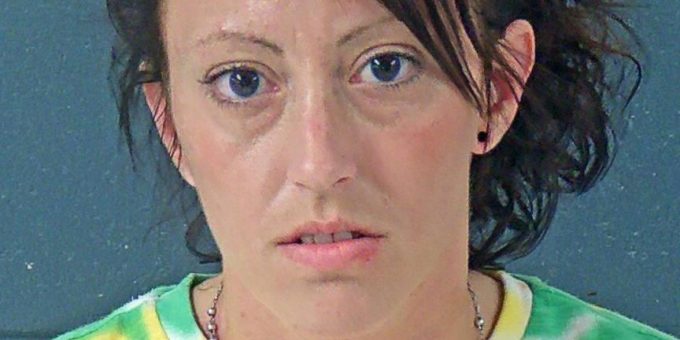 BEDFORD – A Bedford woman was arrested Monday after a Bedford Police officer stopped a vehicle for speeding on 16th Street in the Taco Bell parking lot.

Moore and Moore’s daughter were passengers in East’s vehicle.

The officer issued East a citation for speeding.

Police then asked permission to search the vehicle.

Canine Zazu alerted officers to drugs in the vehicle.

In a makeup bag in Moore’s purse police located two used syringes. An officer noticed Moore pull something from her pocket and place it inside of her phone case. The officer asked Moore what she put in the phone case. She admitted she had meth in the case, but said it was not hers.

Officers removed the baggy of crystal meth from the phone case.

The Department of Child Services was also contacted.

f you know something, say something. Send an email to drugactivity@lawrencecounty.in.gov or call Lawrence County Prosecutor’s Office tip line at 812-545-4700. All calls are confidential.