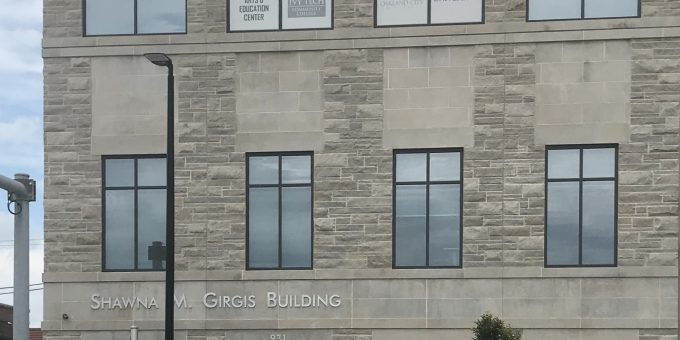 BEDFORD – The Stonegate Arts and Education Center budget has reduced the City of Bedford’s obligation to operate the community college. The city’s original payment of $160,000 a year has been reduced to $50,000 a year. This is a savings of $110,000.

Linda Henderson, director of Stonegate Arts & Education Center provided city council members an update on the budget for the facility during their meeting Monday night.

The ownership of the building is under the guidance of the Bedford Redevelopment Commission who uses Tax Incremental Finance Funds to operate the building.

The RDC paid $160,000 a year for approximately four years. A lease agreement between the City of Bedford and Oakland City University, who donated the Bedford Development Center located at 401 I Street, states that Oakland City will have free office space and classroom space for a total of 10 years. The agreement which began on July 1, 2014, will expire in 2024.

Ivy Tech has always paid for the use of the facility and Vincennes will start paying this year.

Several non-profits use the facility for their meetings. Rentals of the facility have increased from $6,000 to $13,000.

There were a total of $66,000 commitments from the post-secondary colleges. The commitment from Ivy Tech and Vincennes will be based on a per-student basis.

The Stonegate Arts & Education Center’s overhead includes two staff members and typical building maintenance. There were a total of $300,000 in reserves that have helped overcome the budget shortfall.

Classes are held on Monday through Saturday. Classes are attended by our local residents, however attendance also expands from areas that include Orange, Knox, and Morgan County students.

Currently, the Bedford Redevelopment Commission is paying a USDA Loan of $4.5 million with an interest rate of 3.25 percent. The final payoff will not be made until 2037 with interest from the loan will be just over $1 million.