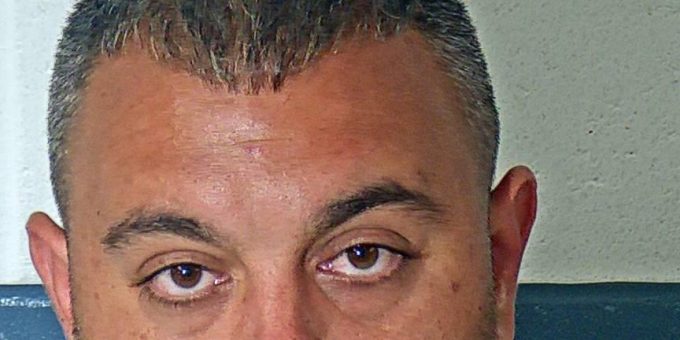 BEDFORD – A Bedford man was arrested on a warrant on drug charges after an Indiana State Police trooper stopped a vehicle that was traveling north on State Road 37 for speeding.

The trooper identified the driver as 32-year-old Curtis Mitchell. There was also a female passenger in the vehicle.

The trooper says Mitchell was known for the use and transporting meth.

A Lawrence County canine was requested to the scene. While waiting, the trooper issued Mitchell a citation for speeding.

Canine Dusty alerted police to drugs in the vehicle.

Mitchell admitted to smoking marjuana three hours before the traffic stop. He was transported to IU Health for a blood draw. After the completion of the blood draw,  Mitchell was released.

Once back at the ISP post the trooper discovered inside the cardboard cannabis containers was a baggie containing crystal meth and 14 pills that Mitchell did not have a prescription for.