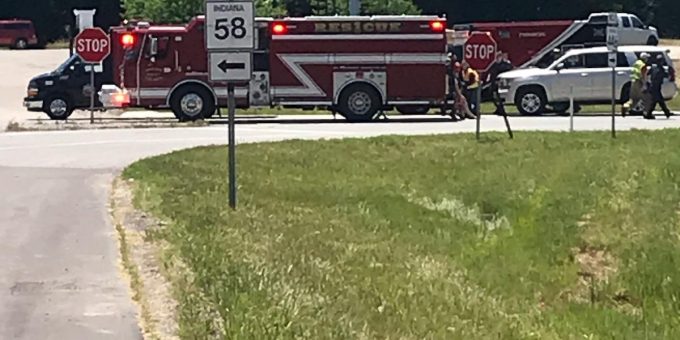 One lane of US 50 East is also closed, but traffic is moving slowly.

One person was ejected from a vehicle and is being transported via StatFlight medical helicopter to a Louisville hospital for treatment. A second patient was transported by an IU Health Hospital ambulance to IU Health Bloomington Hospital.

No other information is available at this time.

Deputies from the Lawrence County Sheriff’s Department is currently investigating the accident.