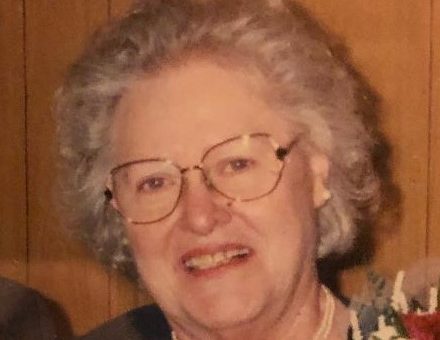 Mildred “Midge” Petry-Gilley, 94, of Brownsburg, IN, passed away on Monday, June 14, 2021, at Hendricks Regional Health in Danville.

Born September 22, 1926, in Fort Ritner, IN, she was the daughter of Fred T. Beavers and Mattie E. (Horner) Beavers. She married Theodore Petry in 1946 and he preceded her in death. She then married Jacky Gilley who also preceded her in death. Midge was a 1945 graduate of Medora High School with the class of 1945. She was raised in the Lutheran Faith and had worked at Travelers Radio in Orleans, Costco in Columbus, and retired from Kohls Department Store in Indianapolis.

She was preceded in death by her parents; both husbands; and 10 brothers and sisters.

Funeral services for Mildred “Midge” Petry-Gilley will be Monday, June 21, 2021, at 2:00 p.m. at the Ferguson-Lee Chapel of Thorne-George Family Funeral Homes in Bedford with Pastor Stan Lovins, Jr. officiating. Burial will follow at Dixon Chapel Cemetery. Visitation will be Monday at Ferguson-Lee from 11:00 a.m. until the service hour.