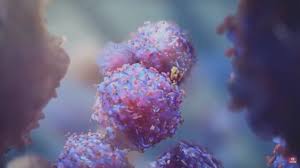 UNDATED — The U.S. reached another sobering milestone in the COVID19 pandemic, with 600,000 lives lost to the disease as of Tuesday, according to Johns Hopkins University data.

While daily deaths have decreased in recent months, hundreds of Americans are still dying every day from the disease that’s largely preventable by vaccines.

Over the past week, the average number of COVID-19 deaths each day was 343, according to data Monday from Johns Hopkins.

That’s about five times higher than the average daily number of people killed in car crashes.

As coronavirus keeps spreading across the globe, it has mutated into more transmissible strains — including the Alpha (B.1.1.7) and Delta (B.1.617.2) variants.

Vaccines have been shown to be effective against these variants, but experts warn it is critical to get vaccinated as soon as possible.

“When a virus is more contagious, you need to have a higher percentage of the population that is protected, immunized, if you’re going to stop the spread,” said Dr. Paul Offit, director of the Vaccine Education Center at the Children’s Hospital in Philadelphia. “We are going to need to have a highly vaccinated population for years, if not longer. This virus is going to be circulating in the world for a long time.”

The longer a virus spreads, the more chances it has of spawning variants that are even more contagious, Offit said.

But most Americans are not fully vaccinated — leaving them vulnerable to the highly contagious Alpha variant and the troubling Delta variants, which researchers say is associated with increased hospitalization rates.

As of Monday, 52.5 percent of Americans had received at least one dose of vaccine, and 43.7 percent were fully vaccinated, according to data from the U.S. Centers for Disease Control and Prevention.

Offit said by the winter when the virus is likely to surge again, the U.S. will need to get the number of fully vaccinated up to 80 percent or higher to protect the population.

The good news: While the spread of more contagious variants may be less inhibited by vaccines, the level of protection still appears to be high, Offit said.

People who have been infected with COVID-19 appear to maintain their immune response for at least a year, according to a study published in the journal Nature.

Researchers reported that the human immune system’s memory B-cells continue generating protection against COVID-19 for at least a year.

Studies have shown people who recovered from coronavirus infections may be vulnerable to new variants of the virus. But vaccines, especially mRNA vaccines such as those made by Pfizer/BioNTech and Moderna, generate a strong response that protects people against those variants.

An extra boost with a vaccine may expand the protection that recovered patients have, researchers said.

“The antibodies produced by the memory cells evolved increased breadth and potency,” said molecular immunologist Michel Nussenzweig of The Rockefeller University, who worked on the study.