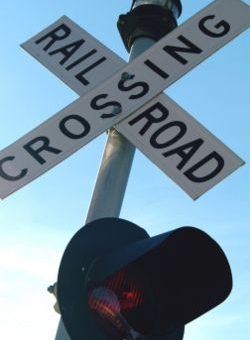 “Since the Section 130 grant program’s creation in 1987, fatalities at railway-highway crossings have decreased by 57 percent. While the Section 130 grant program has been successful in reducing deaths at railway-highway crossings, there is still work to be done to eliminate the threat posed by unsafe railroad crossings. Indiana is the crossroads of America and this bill provides a way for states to modernize out-of-date and functionally obsolete railroad warning devices based on a community’s discretion. The RURAL Act is a realistic answer to creating safer roads for all Americans,” said Senator Mike Braun

“For the last four years, Georgia has been one of the top five states for highway-rail incidents. Much of rural Georgia has inadequate crossing equipment, which not only leads to inconvenient and costly delays for local businesses and commuters but also endangers our communities and railroad workers. It doesn’t have to stay that way, especially with the RURAL Act as a practical solution,” said Senator Warnock. “This smart legislation further incentivizes improvements in risk management and equipment measures onsite at highway-rail grade crossings across the state of Georgia, and I look forward to working with my partner Sen. Braun to get this legislation passed.”

Created by Congress in 1987, the Railway-Highway Crossings Program (also known as the “Section 130grant program”) is administered by the Federal Highway Administration (FHWA) and provides funds to eliminate hazards at public railway-highway crossings. Section 130 funds are provided as a set-aside from each state’s Highway Safety Improvement Program funding and are apportioned by formula. States may spend Section 130 grant dollars for projects to eliminate hazards or install protective devices at any public crossing—including roadways, bike trails, and pedestrian paths. Projects pursued with Section130 funds are funded at a 90 percent federal share.

The RURAL Act would provide states with additional flexibility in the use of Section 130 funds— allowing these dollars to also be spent towards the replacement of functionally obsolete warning devices. Additionally, in order to encourage local communities to close hazardous grade crossings, the RURAL Actwould also increase the incentive payment available to governments who close such crossings from $7,500 to $100,000.