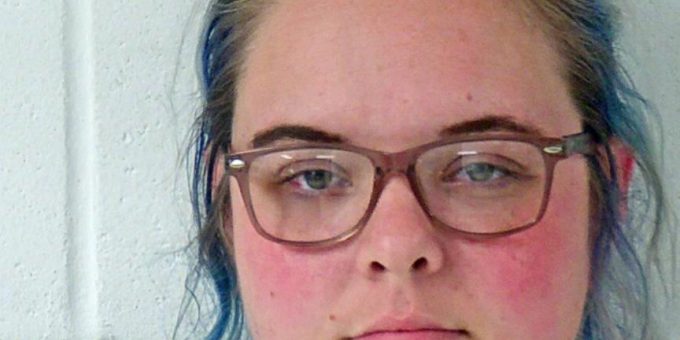 MITCHELL – A Mitchell woman was arrested early Tuesday night after a Mitchell Police officer stopped a vehicle at the intersection of Wade Street and Rabbitsville Road.

Police say 31-year-old Sarah Passmore was driving on a suspended driver’s license with a prior conviction.

There was a small child asleep in the passenger seat.

While speaking with Passmore another vehicle pulled up that was driven by Chevelle Tuell. Officers knew she too was driving on a suspended driver’s license.

Tuell began crying and said she and Passmore were moving out of a home on Dale Street. Officers released Tuell from the scene and told her to go home.

Officers issued Passmore a citation for driving while her driver’s license was suspended with a prior conviction. Officers then asked if Passmore had anything illegal in her vehicle.

Passmore told officers she had some pipes in a bag between the driver and passenger seat.

Police found two glass smoking pipes with meth residue inside, along with a cut straw used to snort the drug and a grinder with marijuana residue. The items were within reach of Passmore’s 5-year-old son.

Passmore told officers there was also a towel in between the seats that contained another glass smoking device.

Passmore contacted her mother to come and pick up her son.

The Department of Child Services was also notified.