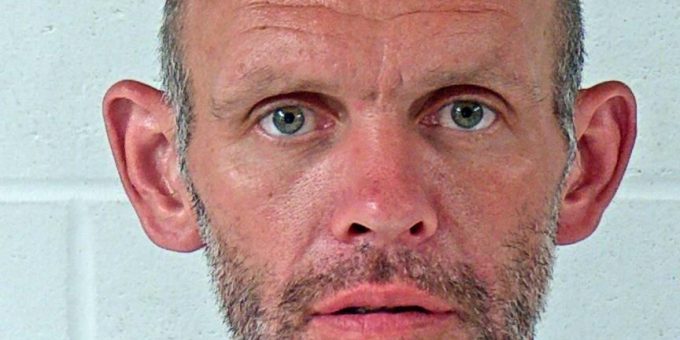 BEDFORD – A Heltonville man was arrested Sunday after Bedford Police officers were called about a possible domestic fight at 16th and Poplar streets.

The caller told police the two involved were walking east on 16th Street and looked like they were possibly impaired.

Officers located 44-year-old Gabriel DeBurger running south behind Parkview Intermediate. Police located both the DeBurger and the female behind the school.

Police say the female’s speech was accelerated and she was fidgety.

The woman told police she had a “dab pipe” in her purse.

DeBurger began to walk away and officers stopped him and conducted a pat down. The pat down resulted in finding a baggie of crystal meth and a smoking pipe in his pocket.

The woman was released without charges and DeBurger was arrested on charges of possession of meth and drug paraphernalia.