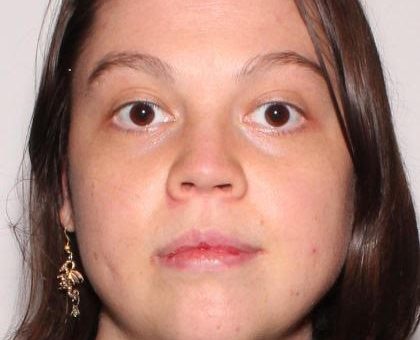 BLOOMINGTON – A Bloomington woman wanted on a warrant for attempted murder was arrested Monday in Columbus Ohio.

On May 21, 2021, at approximately 10:56 a.m., Bloomington Police officers responded to the 600 block of West 12th Street in reference to a woman calling 911 to report that another woman was trying to shoot her husband.

While officers were responding to the scene, it was reported that the 35-year-old victim had indeed been shot in both his hand and his side.

Police say the male victim had been walking in the neighborhood when he reportedly heard footsteps quickly approaching behind him. The male told police he turned around and saw a female raise a handgun and began firing. The male ran north on Fairview Street from the intersection of 12th Street.

The male transported by ambulance to the IU Health Bloomington Hospital Emergency Department for treatment of his injuries, which are not believed to be life-threatening.

Information collected by investigators has identified the shooter as 27-year-old Samantha Glenn, of Bloomington.

The injured male and his wife both knew Glenn.

On Monday, at approximately 8:00 p.m., a Bloomington Police detective received a phone call from an officer with the Columbus (Ohio) Police Department. The officer had located Glenn behind a church in Columbus. She was in the same vehicle that had fled the scene of the shooting.

Glenn was arrested on a warrant for attempted murder and criminal recklessness with a deadly weapon. She was arrested without incident.

She is currently being held at the Franklin County Jail in Ohio awaiting extradition back to Monroe County.

Anyone with information about the shooting is asked to call Detective Chris Scott at 812-349-3382.