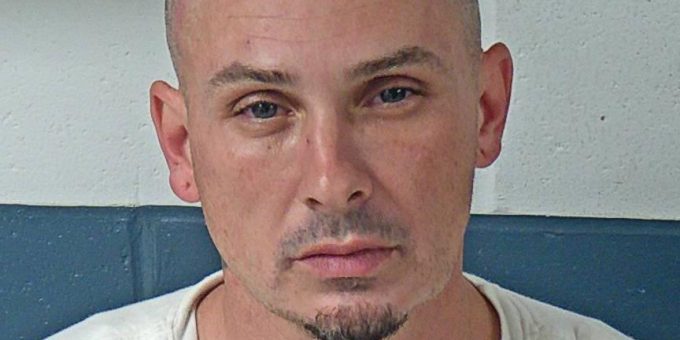 BEDFORD – Shannon Edwards, who was arrested with two other people after an investigation by the Indiana State Police Drug Enforcement Section in December 2020 on meth charges, has been sentenced to prison.

Judge Cline suspended 730 days meaning Edwards will serve 10 years. The 730 days suspended will be served on supervised probation upon his release.

Once released from prison Edward must also complete the ADAPT program and serve 80 hours of community service. He was ordered to pay $300 to ADAPT and $685 in court costs.

Police received information that 23-year-old Shannon Edwards and 37-year-old Emilee Pavey were involved in dealing large quantities of meth from a home on Copperhead Valley Road in Orleans.

Edwards was also wanted on a felony warrant for dealing meth in Orange County. Pavey was wanted on a warrant on a misdemeanor charge in Floyd County.

ISP troopers and Mitchell Police officers also had information that Edwards had numerous weapons in the home and was dealing large quantities of meth.

“Indiana State Police were able to obtain numerous messages between Pavey and Edwards about dealing multiple ounce quantities of methamphetamine. It was clear that Pavey and Edwards were involved in multiple drug trafficking organizations. Edwards had several messages where he discussed pound quantity prices of methamphetamine with his dealer,” wrote ISP Investigator Josh Allen.

When officers arrived they saw Edwards running to the rear of the trailer. Officers forced the door open and found Edwards in a back room. In the living room, they found Emily Pavey and two young children. In the front bedroom, they located 54-year-old Kyle Faulconer.

Edwards told police, “I’ll show you where everything is if you let me keep money.” Edwards also said “everything in that room is all mine.”

While searching the bedroom belonging to Edwards and Pavey, police found 8 grams of crystal meth, digital scales, glass smoking devices, numerous firearms, and more than $10,000 in cash. Much of the meth was in plain view on the dresser.

In the rear bathroom, police found a large plastic bag containing approximately 5 grams of crystal  meth. The bag was located in the trash next to the toilet.

“The toilet seat had methamphetamine crystals on it and I could see methamphetamine in the bottom of the water in the toilet,” wrote Trooper Allen in the probable cause affidavit. “It was clear that Edwards had flushed a large amount of methamphetamine upon our  arrival.”

Emilee Pavey told police she was the sole caregiver of the young children. She also said she used meth and she knew Edwards picked up a quarter pound or more of meth from Louisville. She denied dealing meth even when presented with messages involving she and Edwards discussing the purchase and dealing of meth.

Faulconer told police the 14 grams of meth found in his bedroom was his and that he frequently used meth. He told police he received the meth from his only supply source, Edwards.

All three were arrested and transported to the Lawrence County Jail. Faulconer faces a charge of possession of meth over 10 grams. Pavey faces charges of dealing meth in the presence of a minor, possession of meth with a minor, and two counts of neglect of a dependent.

Faulconer is scheduled to appear in Lawrence County Superior Court II for a pretrial conference on June 9 at 11 a.m.

Pavey is scheduled to appear in Lawrence County Superior Court II for a pretrial conference on June 29 at 1 p.m.