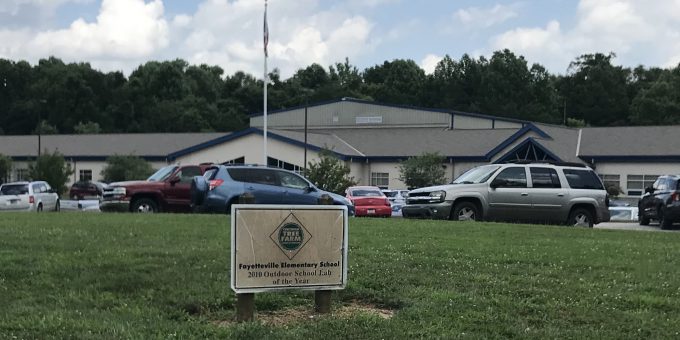 FAYETTEVILLE – Lawrence County Independent Schools will hold an executive meeting at 6 p.m. tonight followed by a public meeting at 7 p.m.

The meeting will be held Lawrence County Independent Schools, at 223 Old Farm Road, in Bedford.

On the agenda for the executive meeting:

I. Welcome and Introduction
Trisha Turner, Chairman – Lawrence County Independent Schools
II. Subjects of meeting (where authorized by federal or state statute):
A. IC 5-14-1.5-6.1(b)(3) – For discussion of the assessment, design, and implementation of school safety and security measures, plans, and systems
B. IC 5-14-1.5-6.1(b)(4) – Interviews and negotiations with industrial or commercial prospects or agents of industrial or commercial prospects by the Indiana economic development corporation, the office of tourism development, the Indiana finance authority, the ports of Indiana, an economic development commission, the Indiana state department of agriculture, a local economic development organization, or a governing body of a political subdivision.

Agenda for the public meeting:

Members of the public are also able to present their comments during the public hearing. Each individual will be allowed a maximum of two (2) minutes to make public comments.

III. Approval of Quote for Fire Monitoring Supplies and Service

IV. Nomination and Election of New Board Members