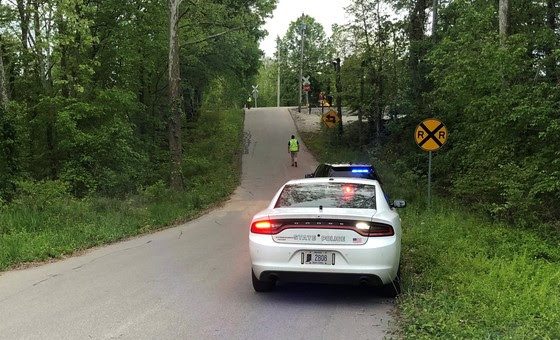 CROTHERSVILLE – At approximately 6:30 p.m. Monday, Indiana State Police began investigating a car versus train collision that occurred near the Jackson/Scott County line that resulted in the driver of the car being airlifted with life-threatening injuries.

The initial investigation by crash reconstructionists from the Indiana State Police-Versailles and Sellersburg Posts indicated that a black 2018 Nissan passenger car being driven by 21-year-old Dawson A. Vest, of Austin, Indiana was traveling westbound on County Road 775 South, just west of US 31.  For an unknown reason, Vest’s vehicle entered a railroad crossing into the path of a northbound CSX train.

The train collided with the driver’s side of the car.  After the collision, the car rolled, ejecting Vest from the vehicle.  Vest suffered life-threatening injuries and was flown by a medical helicopter from the scene to a Louisville, KY hospital where he died from his injuries.

County Road 775 South was closed for approximately three hours for crash cleanup and investigation.  US 31 was briefly closed during the investigation

Vest did not have any life insurance and the family has set up a GoFundMe account to pay for his funeral expensies.