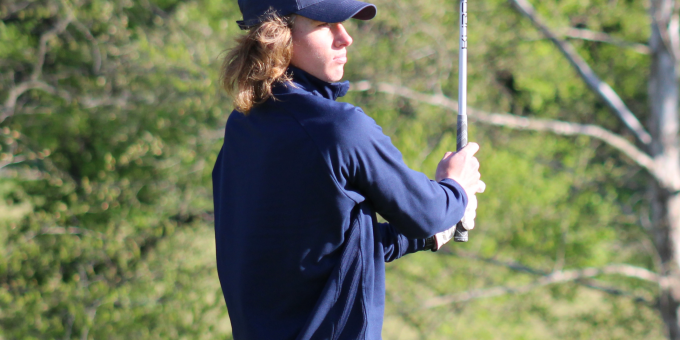 BEDFORD – Trevin Hutchinson fired an even-par 37 on the front nine of Otis Park while leading Bedford North Lawrence to victories over Brownstown and Edgewood on Thursday.

Hutchinson carded one birdie, helping the Stars post a solid team total of 161. BNL’s second unit fired 174, while the Braves and Mustangs both posted scores of 206.

Fashioning his best score of the year as he continues his recovery from an early-season knee injury, Hutchinson birdied the second hole and suffered a lone bogey on the par-5 sixth.

”He got the monkey off his back,” BNL coach Mike Wright said. “He’s never used the knee as an excuse.”

Colten Girgis had two birdies and four bogeys during his erratic round of 39, Ramzi Girgis fired a 42, and Jett Jones capped the BNL scoring with 43.

“It was our best performance,” Wright said. “We’re finally having some good competition, so all around it was good night. Trevin and Ramzi played their best of the season, so we’re getting there. If we can double that nine-hole score, it would be a good start heading into the rest of May.”

BNL will compete in the Bloomington North Invitational at Cascades (the site of the IHSAA sectional) on Saturday.