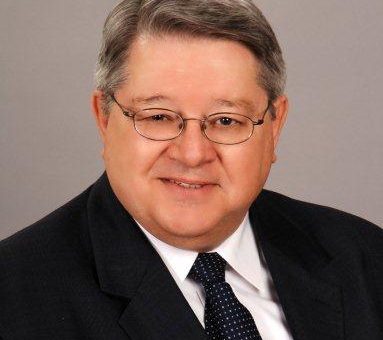 Klein began his career at Ivy Tech Bloomington in 2003, directing the Foundation office. Shortly thereafter, he assumed instructional duties in the classroom, educating and encouraging students for the next 17 years. He served as Academic Chair of the Speech and Communications department upon his retirement. After “retiring” Klein continued to instruct students as an adjunct faculty member. Klein also shared news about the college and the success of Ivy Tech students on WGCL radio station, where he served as the news director.

In a life defined by service, Klein was also a member of the Monroe County Community School Corporation Board of Directors for 12 years, where he served as president. He was a Rotarian, member of the International Order of DeMoley, and was a high school athletic official. He served as go-to master of ceremonies for numerous community events, including announcing names of Ivy Tech graduates as they crossed the stage to receive their diplomas.

An Honorary Associate Degree will be bestowed upon Klein posthumously at Ivy Tech Bloomington’s virtual commencement ceremony on May 15.

Ivy Tech’s Bloomington campus also established a scholarship in his name, the Keith Klein Memorial Endowed Scholarship, which is fully endowed with funding from friends and colleagues. The first award will be made to an Ivy Tech student in the 2021-2022 academic year.

“The only criterion to be met [for the scholarship] is financial need,” said Susie Graham, executive director of development at Ivy Tech Bloomington. “Keith always felt that education was the great equalizer for people to live fulfilling lives.”

The Inaugural Ivy Bloomington Faculty Advisory Council (FAC) Legacy Award has also been presented to Klein, posthumously. The Bloomington FAC established the award to recognize faculty who make extraordinary contributions to the Bloomington campus for a prolonged period of time.

In other honors of Klein’s memory, the campus has dedicated a classroom in his name and a tree on campus property.