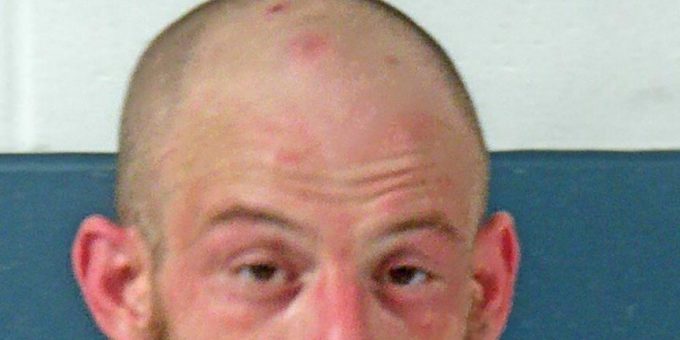 BEDFORD – A Bedford man was arrested Tuesday morning after Bedford Police officers were called to the area of 4th Street and Lincoln Avenue at 11:52 a.m. after a report of an erratic driver in a red Toyota truck.
The caller said the vehicle was parked in the middle of 4th Street near N Street.

Officers located the vehicle near 5th and V streets and stopped the driver.

Officers spoke to the driver, 37-year-old Todd Beikman, who appeared to be nervous and acting erratic.

When Beikman exited the vehicle an officer noticed a small metal cup in the front seat with white residue. Beikman was detained. The residue tested positive for meth, heroin, and  fentanyl. Officers also found a syringe on the floorboard and a glass smoking device with marijuana residue near the stereo.

Beikman told officers the marijuana and pipe were his but the other drugs did not belong to him.