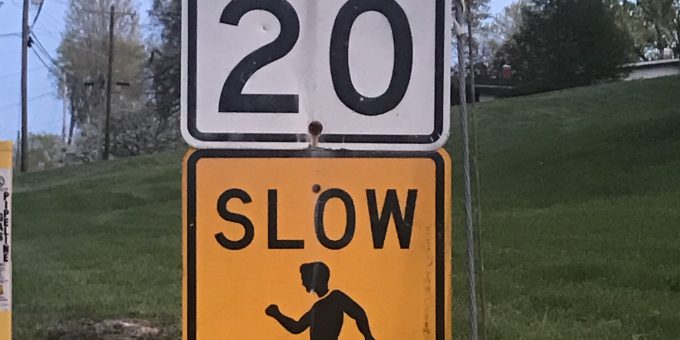 OOLITIC – During the Oolitic Town Council meeting Monday evening, Town Council member Jon Broglin asked the town council to address three areas in the town that have been plagued with speeding vehicles.

“They are flying by and barely coming to a stop at the stop signs,” added Broglin.

“They are not stopping for the stop signs anyway, we have a speed limit of 20 miles per hour, and we must find a way to slow the traffic down,” Broglin replied.

The town council agreed to draft an ordinance to direct the Oolitic Street Department to place a three-way stop at 4th Street and Lafayette Avenue.

In order to enforce the stop sign, a new ordinance must be drafted by the town council and voted on at the next meeting.

The change must be published to notify the public of the new stop sign and tickets or citations cannot be issued until 30 days following the public notice.

In addition to the placement of the stop signs, Broglin also proposed stenciling in white letter “stop” on all three corners of where the stop signs are placed.

Concerns about motorists not stopping at the 4-way intersection of 5th Street and Lafayette Avenue were also expressed.

Another concern raised is that semis and dump trucks are traveling on 5th Street too fast and the road is too narrow for large vehicles.

Another suggestion by Broglin was to make 5th Street a one-way street. Other council members suggested passing a “no parking” ordinance on 5th Street from Hoosier Avenue to Lafayette Avenue.

Another area of concern is speeding motorists on Vista Drive. Vista Drive does not have any sidewalks and oftentimes pedestrians and children ride their bicycles in the street. In December 2020, a child on a bicycle was fatally injured after being struck by a vehicle.

One suggestion was to place speed bumps to slow motorists down and another was to place stop signs at the eight intersections on Vista Drive.

Speeding drivers have been an issue from Patton Hill Road to the dead-end of that street. The speed limit through the area is 20 miles per hour but several residents have complained motorists disregard the posted speed limit.

Facts presented about Vista Drive during the meeting include:

Proposals for Vista Drive include:

Those attending the meeting asked the council about law enforcement issuing citations for speeding and how many citations have been issued. The council did not have those numbers available.

A motorist who is issued a speeding citation is fined $135.50. Of that, the Town of Oolitic only receives $5.

Town council members will address this issue on Vista Drive at the next Town Council meeting to be held on May 24th, at Town Hall.