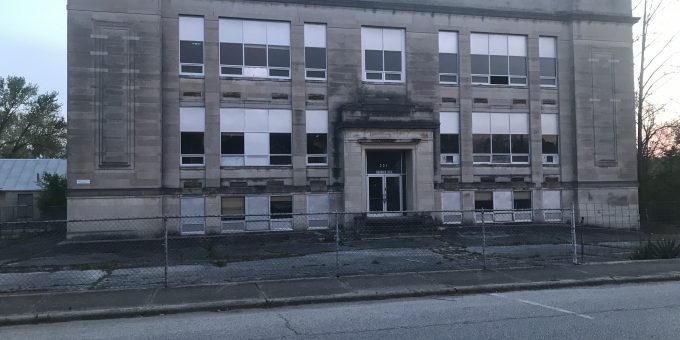 OOLITIC – The Town of Oolitic Hearing Officer Johnny “Bob” Dillion requested a condemnation hearing to be held to address the structural issues at the Oolitic North School building.

The hearing is expected to take place on May 24, 2021, at 5:30 p.m. Present at the meeting will be Dillion, Annette Norrick, Clerk-Treasurer, Town Attorney Greg Pittman, and Town Councilman Jon Broglin, and Tim Stark who owns the building.

The building has been the subject of condemnation over the last couple of years. Town officials have been working with Stark to try and save the historic building.

At one time Indiana Landmarks was interested in helping save the building but those efforts have fallen through.

Officials say Stark has not made any attempts to address any of the structural concerns with the building.

The building that sits between the North and South buildings and was once the band room is also a concern.

Town officials will soon need to address the existing structural issues with the old fire station and the Town Hall’s roof, which is leaking.

No action was taken Monday night on those two town’s property issues.