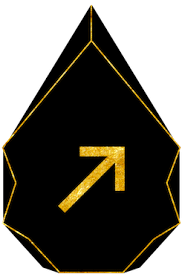 “Community matters, not only in the challenging times but also the times of celebration and hope,” said Mike Langellier, president and CEO of TechPoint. “Now is one of those times and the Mira Awards gala is our tech community’s rallying point to come together, share stories of success, and look to the future with hope and determination.”

The Mira Awards, which is the state’s largest and longest running technology awards program, recognizes the “Best of Tech” in Indiana. This year, 16 award winners and honorees were chosen from a record-breaking 211 applications. Fifty-two independent, volunteer judges spent more than 850 total hours evaluating applications, interviewing nominees, and selecting this year’s winners. Judges included an impressive roster of company founders, CEOs and presidents, CTOs, CIOs, engineers and other industry professionals.

A new award category – the Pandemic Pivot of the Year—recognizes tech employers who responded to the health and economic crisis in remarkable ways to serve societal or customer needs, to seize opportunities created by market demand shifts, or simply to survive amidst difficult challenges. TechPoint will publish stories on TechPoint Index in the coming weeks and months documenting the remarkable achievements of the winners and many nominees, highlighting the creativity, adaptability, and resilience of Indiana tech companies.

This year’s winners, across all award categories, demonstrated abilities to address the scope and urgency of the moment that will redefine business-as-usual for their own operations, and very likely for their competitors. For example, 2021 Mira Award winners are reinventing industries through virtual-first and hybrid approaches; transforming everyday business processes into marketing opportunities and profit centers; shifting progress-resistant traditional marketplaces into advanced digital spaces; and bringing new thinking to healthcare and hygiene that is literally saving lives.

Full List of the 2021 TechPoint Mira Award winners and honorees:

(Descriptions of the winners and why they were chosen are below.)

Pandemic Pivot of the Year – Small-Medium Businesses (OneCause) – The global pandemic was an existential threat to OneCause and the entire fundraising event industry, plummeting from hundreds of in-person events a week to zero. However, the nonprofit fundraising platform and solutions provider made smart, creative moves with a new Virtual Event Center that earned the company 1,400 new customers and they helped those nonprofits raise half a billion dollars in just six months. READ MORE

Pandemic Pivot of the Year – Institutions and Large Enterprises (KAR Global) – With the sudden need to pivot, KAR Global leap-frogged its own product roadmap by months and in some areas by years, to launched a fully-automated, auctioneerless sales platform called Simulcast+. This first-of-its-kind platform has proved so durable and effective that KAR announced it would remain 100% digital with no plans to return to physical auctions. READ MORE

Community Impact Award (Anushree Bag, Executive Director of Risk and Compliance, Indiana Office of Technology) – Anushree Bag founded Government Women in Technology (GWIT), an affinity group addressing the underrepresentation of women that is the first-of-its-kind, not only in the State of Indiana, but in any U.S. state government. Today, GWIT is thriving with members across 24 Indiana state agencies and with potential to expand nationally. READ MORE

Rising Tech City Award (City of Bloomington) – During the nation’s moment of economic crisis, Bloomington’s development partners were fearlessly investing in tech community building and driving new economic activity. Instead of shrinking away from new projects, Bloomington’s tech partners rededicated themselves to South Central Indiana’s established initiatives, launched critically important new ones, and worked to support the businesses that make it such an exciting time for tech in Bloomington. READ MORE

Tech Education Award (CIO Matt Etchison, CDO Brad Watts and the Ivy Tech Community College ITS Team) – The ITS team at Ivy Tech Community College spent most of 2020 building and implementing what one Salesforce official has called, “the most innovative and comprehensive student system in all of higher education nationally.” The new constituent relationship management platform is a complex and multi-dimensional system that is essentially an engine driving every aspect of student, staff and faculty engagement, delivering highly personalized and positive experiences. READ MORE

Tech Product of the Year (3Oe Scientific – IGGY™) – As the world was racing to find hand sanitizer during the pandemic, 3Oe Scientific introduced a cloud-enabled smart device called IGGY, which sanitizes hands in seven seconds using aqueous ozone, a process that was developed at Delta Faucet Company by one of 3Oe’s co-founders. It’s the first major improvement in hand hygiene in decades and represents a leap forward in reducing the spread of viruses like COVID-19 because it’s so easy to use and is 99.9% effective. READ MORE

Service Partner of the Year (PIER Group) – Located in Jasper, Ind., PIER Group is a woman-owned consulting firm that provides tech solutions for the research and education industry. The solutions PIER Group provided to their university clients in response to the pandemic included the design and deployment of regional and local hot spots—which they stood up in a matter of weeks—to enable remote learning. READ MORE

Innovation of the Year (NearWave Imager) – What began as a class project for two PhD students at the University of Notre Dame, is now a potential game-changer in the fight against breast cancer. NearWave is a non-invasive handheld imaging device that not only saves up to $14 billion annually, but could save tens of thousands of lives. NearWave is used for early detection and determining the effectiveness of chemotherapy treatment, delivering results in days rather than months. READ MORE

Trailblazer Award (Justin Christian, CEO and Founder, BCforward) – Justin Christian co-founded IT consulting firm BCforward in 1998, which he has since grown into the state’s largest Information Technology solutions and staffing corporation and one of the top ten largest black-owned companies in the country. He is an inspiring and influential visionary whose contributions have had lasting and significant impact on Indiana and its technology ecosystem. READ MORE

TechPoint Foundation for Youth Bridge Builder Award (Dr. Carlotta Berry, Professor of Electrical and Computer Engineering, Rose-Hulman Institute of Technology) – Dr. Carlotta Berry is a highly regarded, internationally known engineering and robotics expert who relentless advocates for STEM education, especially for underrepresented students. She never had a professor who looked or acted like her, or even seemed interested in her education. In her years as an educator and community leader, Dr. Berry has helped change the face of engineering by showing that the profession could be cool, engaging and diverse. READ MORE

Rising Entrepreneur Award (Yaw Aning, Co-founder and CEO, Malomo) – Serial entrepreneur Yaw Aning’s latest venture Malomo, a shipment tracking platform for high-growth merchants, is gaining traction and significant national attention. The company’s $2.7 million seed investment was the largest raised by a black founder in Indiana last year. Yaw is dedicated to giving back to the community and his optimism and positivity are on constant display as he pursues his passions and lifts up everyone around him to achieve more together. READ MORE

Investor of the Year (IU Ventures) – With 15 separate investments and follow-on fundings, IU Ventures at Indiana University was one of the most active funding sources in the state during the pandemic, and not just in Central Indiana, but statewide. More than 50% of the companies IU Ventures has invested in since 2018 have had women or minority founders, CEOs, or other C-suite members. READ MORE

Startup of the Year (Malomo) – In 2020, Malomo’s shipment tracking platform helped ecommerce merchants and their customers track more than seven million orders around the world, alerting them of delivery issues as they happen. The startup has transformed shipping from a cost center into a profitable marketing channel by driving millions of dollars in repeat revenue for retailers. Malomo also doubled its headcount and grew its revenue by 500% last year. READ MORE

Exceptional Employer Award (GadellNet Consulting Services) – Certified B Corporation GadellNet Consulting Services is a managed service provider for small- to medium-sized businesses that has appeared on the Inc. 5000 Fastest Growing Companies in America list for the past nine years. The company built an internal Leadership Academy, providing $3,000 a year for each employee to spend on training, and they have a full-time training and development leader dedicated to facilitating upskilling opportunities. READ MORE

Large Enterprise of the Year (Eli Lilly and Company) – Enabled by numerous advanced technologies, Lilly brought the full force of its scientific, medical and technical expertise to attack COVID-19, while keeping its employees safe and continuing to supply medicines for the 40 million people around the world who rely on them. Lilly was the first pharmaceutical company in the country to offer on-site drive-through testing, which they launched in just three weeks. The speed by which Lilly conceptualized, developed and delivered solutions to the global crisis matched the urgency of the moment and, once again, proved the company’s value to the city, state, country and to the world. READ MORE

Scale-up of the Year (Socio) – Socio re-engineered its in-person events management platform in less than three months, stood up a Professional Services team and continued hiring to keep up with an explosion in demand for virtual events during the pandemic. Socio has since found a recipe for continued success with its approach to hybrid events. The company is profitable and preparing to double in size and revenue again this year, all while maintaining its award-winning company culture at locations in Indianapolis, Lafayette and in Istanbul, Turkey. READ MORE