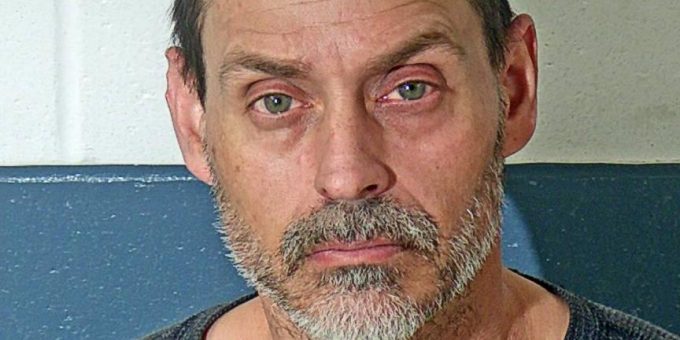 BEDFORD – A Bloomington man was arrested on a warrant Wednesday, charging him with possession of meth.

According to a probable cause affidavit, during the early morning hours of  March 18, 2021, a Bedford Police officer pulled over 46-year-old David McFarling, of Bloomington for not signaling and making an abrupt lane change more than once on State Road 37.

The officer stopped the driver on State Road 37 at Pumphouse Road.

There were three people in the vehicle.

The officer said McFarling was being “fidgety” and would not make eye contact with the him.

Lawrence County canine Dusty was requested to the scene and alerted officers to possible drugs in the vehicle.

One of the passengers, Brittany Cornett, admitted she had a marijuana blunt in her purse.

They also found the marijuana cigarette in Cornett’s purse.

McFarling denied the meth was his.

The other passenger Edward Civils told police he found the plastic container in a dumpster and gave it to McFarling and was unaware what was inside it.

McFarling was also issued a written warning for the improper lane  changes and all three were released from the scene.

The information was forwarded to the Lawrence County Prosecutor’s Office and a warrant was issued for McFarling’s arrest on a charge of possession of meth.