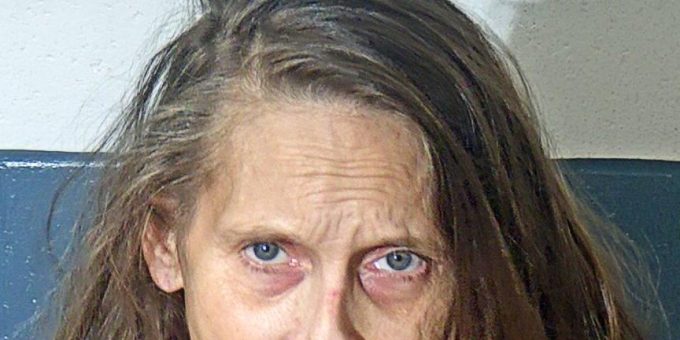 BEDFORD – A Bedford woman was arrested Monday morning after Bedford Police officers were called to the Rosemont Motel after a report of a woman refusing to leave the property.

When police arrived the manager told police 50-year-old Michelle Garrison was stumbling west down an alley between 19th and 20th streets. Police found her lying in the grass with her belongings scattered all around her.

Garrison told the officers she had fallen. Police say her speech was slurred and she was lethargic.

She gave officers permission to search her bags. Police located a black bag that contained a cut straw with crystal meth residue and a glass vile with 10 clonidine hydrochloride pills.

Garrison was transported to St. Vincent Dunn Hospital for a medical evaluation due to her level of intoxication.

While at the hospital Michelle nearly fell over several times and could not walk a straight line.