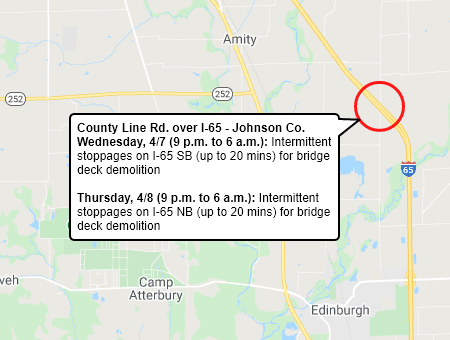 The bridges are located approximately three miles north of State Road 252 near mile marker 83. Drivers should consider allowing extra time to reach their destinations or using an alternate route to avoid delays.

This work is part of a $800,000 bridge rehabilitation contract that was awarded last fall. County Line Road is scheduled to remain closed over I-65 through early August.

Motorists are reminded to slow down, use extra caution, and drive distraction-free in and near all work zones. All work is weather-dependent and schedules are subject to change.