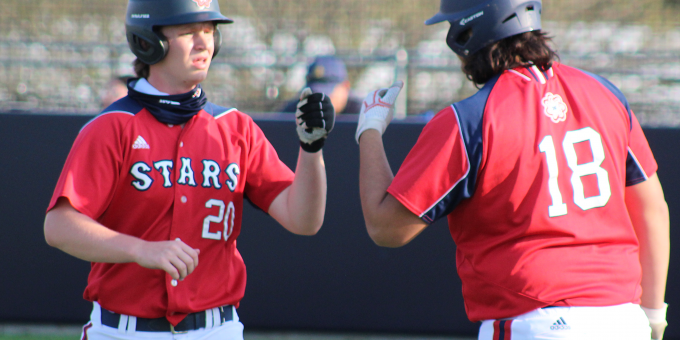 South Bend Riley’s long trip south went south in a hurry as the Stars scratched up the Wildcats 18-0 on Tuesday afternoon. BNL (4-1 with a four-game winning streak) took advantage of 11 hits, 9 walks and 6 Riley errors to breeze past Riley in a five-inning mercy-rule triumph.

Riley (0-4) was making the first stop on a spring-break journey to Southern Indiana. This was not a day at the beach, with the Stars splashing and kicking sand during a 10-run fourth inning to bully the Wildcats.

Despite the lopsided win, BNL coach Jeff Callahan did not want to see relaxation. The Stars, looking ahead to tougher challenges in the future, could not afford any backsliding.

“It’s one of those games where you can get in bad habits if you don’t watch out,” Callahan said. “Sometimes you don’t have your mental edge, you lose that focus.

“We’re looking ahead, our schedule is going to get tough in a couple of weeks. We won’t be able to do some of the things we did tonight against those good teams, and have success. We want to get better.”

BNL struck early with 5 runs in the first, with Evan Waggoner driving in a run and Braydon Brown singling home other. The Stars added 3 more in the third on Brown’s RBI single, followed by back-to-back doubles from Colton Brown and Aden Pemberton to score two more.

Brown earned the win on the mound, going four innings and striking out five while allowing only two hits. Whitt Callahan worked the final frame.

“We had some guys that stayed focused,” Callahan said. “Braydon threw strikes, and we made some nice plays in the field.”

Colton Brown, Pemberton and Braydon Brown all had two hits each. BNL did suffer a loss when Josh Blunk went down with a pregame injury. Peyton Ring had two hits for the Wildcats, who will continue their southern swing at Edgewood.

The Stars will return to action on Thursday against Brown County, in the annual BNL vs Cancer fundraiser to benefit the Lawrence County Cancer Patient Services.