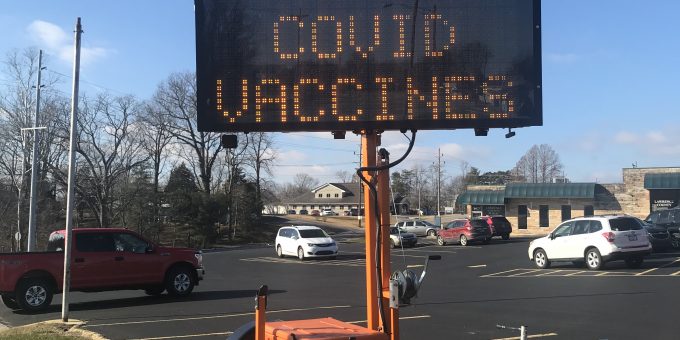 Each sign cost $20,000. The signs were purchased from an Indiana Finance Grant, no taxpayer money was used.

The signs can be used as a radar to clock a vehicle’s speed, and other multiple uses and can be programmed remotely. Six employees have been trained on how to program the signs.

Officials plan to use the signs at the Lawrence County Fair, high school events, and construction projects around the county.

In addition, the signs have a GPS built into them in case the signs are stolen.

In other business the council: