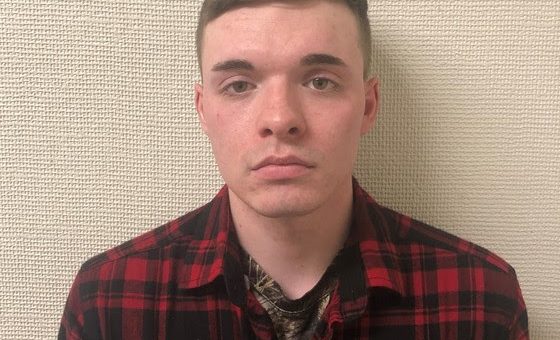 SCOTTSBURG – A Scottsburg man was arrested on two felony charges after communicating illicitly with a 13-year-old female in Clark County.

An investigation began when an Indiana State Police trooper from the Sellersburg post, received a complaint of an adult providing obscene material to a minor.

The complaint alleged that a thirteen-year-old girl received explicit nude images from an adult male and that the adult male knew he was speaking with a teenage female.  The communication was alleged to have happened via the Snapchat messaging app and include numerous illicit images and conversations.

Investigators say the male 22-year-old Kyle Alan McIntosh, of Scottsburg, revealed in conversations with the girl about his desire to have sexual relations with her.

On Friday, ISP Troopers spoke with McIntosh at the Sellersburg State Police Post.  After speaking with McIntosh and, as a result of the investigation, McIntosh was arrested on felony charges of child solicitation and providing obscene material to a minor.

McIntosh was incarcerated at the Clark County Jail without further incident.