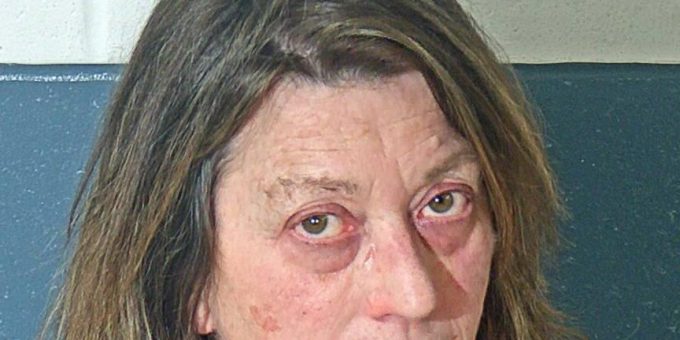 BEDFORD – A Bedford woman was arrested Saturday after a Bedford Police Department received several calls about an intoxicated woman driving a red Ford Focus and revving the vehicle’s engine at the gas pumps in front of Circle K in the 1420 block of 16th Street.

When police arrived the female driver was pulling away from the pumps and the officer initiated a traffic stop.

As the officer approached the vehicle, the driver of the vehicle, 65-year-old Rita Flynn, was lighting a cigarette.

The officer asked for Flynn for her driver’s license multiple times. She would retrieve the drivers license from her purse and then immediately place it back in her purse without giving it to the officer.

She eventually provided the officer with her license but then immediately requested it back.

Police say Flynn was lethargic and disoriented.  Rita would take long pauses before replying to or asking questions.

Flynn was arrested on charges of operating a vehicle with a controlled substance and public intoxication.