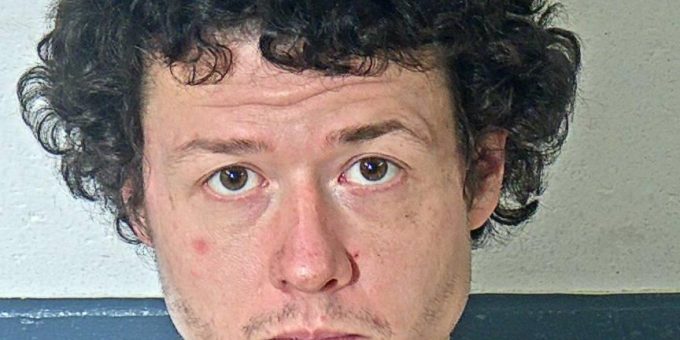 BEDFORD – A Bloomington man was arrested Tuesday night after Bedford Police officers were called about a wanted man escaping custody in Monroe County.

Dispatch was able to ping 31-year-old Michael Deckard’s phone near McAlister’s Deli on 16th Street. They further learned the phone was pinged from in front of a home in the 1720 block of O Street. Officers responded to the area of 18th and O streets to search for Deckard.

They also received a photo of Deckard.

The phone then pinged in the backyard of the home on O Street.

Officers approached the house on foot and could hear people talking in the backyard.

When officers approached they found Deckard standing near a canvas gazebo laying on the ground with his hands underneath him. He ignored police commands to to show his hands and fled east.

Officers pursued him, until Deckard ran into a tall  fence east of where the pursuit began.

The combination of the officers knowing Deckard was listed as armed and dangerous and his unwillingness to  comply with orders the officer deployed his taser at Deckard.  One probe struck Deckard in the right side of the neck while the other missed him.  Deckard  did not immediately go down after being struck with the taser probe, however officers were able to take him to the ground.

Deckard placed his hands under his body and again refused to cooperate.

Officers stunned him with the taser again, which caused his immediate compliance. Deckard was placed under arrest and  placed into the rear of a patrol vehicle.