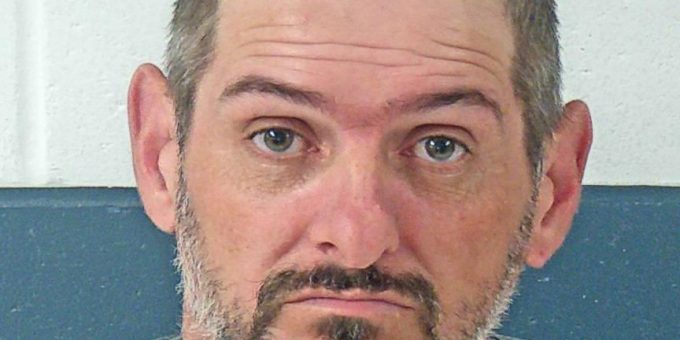 BEDFORD – A Bedford man was arrested Monday after Bedford Police officers were called to the 700 block of U Street at 4:43 p.m. about a theft in progress.

When police arrived they found 44-year-old Richard Tincher attempting to tear down a shed. Tincher was in a red Chevrolet Cavalier at the rear of the home.

Tincher saw the officer and drove through the alley and turned west onto 8th Street. The officer initiated a traffic stop and spoke to Tincher.

He told police he was going to a friend’s house. Officers patted down Tincher because he was acting nervous and discovered a “crack pipe” with meth residue inside his pocket. Tincher told the officer it was his friend’s and he was just holding it for him. The officer also found a plastic container that contained crystal meth.

When asked about the shed, Tincher said the owner of the shed had sold it to him for $200 and he was on the property to disassemble it.

However, the current owner of the property stated the woman who rented the property and sold the shed to Tincher no longer lived there and she had not approved ownership of the building. Police say it was now a civil issue between Tincher and the woman. He was also told he could not remove the shed from the property.

Tincher was arrested on charges of possession of meth and drug paraphernalia.