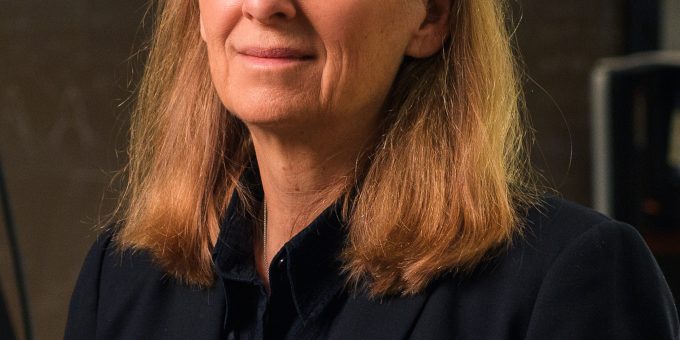 WEST LAFAYETTE – Laura Pyrak-Nolte has dedicated her work at Purdue University to understanding fractures with the goal of ensuring environmental safety and enhancing renewable energy production.

Pyrak-Nolte, Distinguished Professor of Physics and Astronomy in the College of Science, is one of Purdue’s latest members of the National Academy of Engineering, among the highest professional honors accorded to any engineer in the United States.

Also honored as part of the Purdue family among the academy’s latest class of 106 members is an adjunct professor, Santokh Badesha, and six alumni including alumnus Christopher Burke, a well-respected expert in water resource projects.

“These latest elections certify both Purdue University’s magnificent science and engineering tradition and their current leadership positions,” Purdue President Mitch Daniels said. “Expanding our College of Engineering is at the core of our land-grant mission, and Purdue’s program has the highest enrollment in the Big Ten.”

Pyrak-Nolte leads the Rock Physics Research Group that studies the physics of fractures in rock, detecting whether they slip or leak fluids into the environment. Understanding fractures is vitally important to a wide range of fields, including improving the safety and efficacy of geothermal energy and natural gas production, carbon sequestration and nuclear waste disposal. She also holds courtesy appointments in both the Lyles School of Civil Engineering and the Department of Earth, Atmospheric and Planetary Sciences at Purdue.

“Research has been always been tremendously exciting to me,” Pyrak-Nolte said. “I love working in the laboratory, and working with students is a great joy. I never dreamt about being in the National Academy of Engineering, so to be recognized is incredible.”

Innovation is a job description for Santokh Badesha, an adjunct professor for innovation in the College of Engineering’s School of School of Electrical and Computer Engineering and the manager of open innovation at Xerox Corp.

Badesha was elected to the academy for developing materials enabling the broad use of laser printing and the creation of color laser printing.

Through his research, Badesha has totaled more than 250 patents at Xerox – breaking the company’s all-time record in the process. He has more than 40 patent applications in various stages of the process, making 300 patents a conceivable goal.

His latest patent, awarded late last year, is a dryer subsystem that enables removal of water and co-solvents from the ink in Xerox aqueous ink jet-based printing presses.

His election to the academy comes from his demonstration of leadership in executing complex water resources projects and service to the engineering community.

Burke has managed more than 500 municipal engineering projects, watershed studies, stormwater management studies and channel modification projects. Burke maintains his connection to academia as an author and as an instructor on water resources.

The other alums elected to the academy are:

Individuals in the newly elected class will be formally inducted during the NAE’s annual meeting in October.