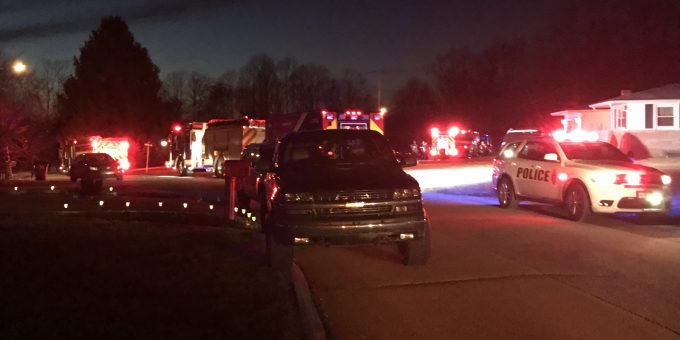 BEDFORD – Bedford Fire Department responded to a kitchen fire Friday night just after 6:00 p.m. in the 100 block of Inman Court near the intersection of Riley Blvd.

The home is owned by Stanley and April Glenn.

One person was injured in the fire, with non – life threatening injuries.

IU Health ambulance responded to the fire scene and treated the fire victim who eventually was transported to IU Health Bedford.

At this time the cause of the fire has not been released by fire officials.

Firefighters transported a dog from the residence to the neighbors home to ensure it’s safety.

Bedford Police and Bedford firefighters were still on the scene at 7:48 p.m.

We will update this story when more information becomes available from Bedford Fire Chief John Hughes.