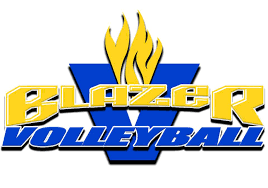 CHAMPAIGN, Ill. – Vincennes University volleyball has been on the rise over the past few years and this past week saw the Trailblazers on the brink of the Top-20 polls.

The Trailblazers took their show on the road this past Saturday as they made the trip to Champaign to take on a pair of Division-II ranked teams in No. 1-ranked Parkland and No. 14 Lincoln Land.

Vincennes started the day against host Parkland College and looked to test the Cobras early.

The Trailblazers held a 15-14 advantage in set one, before Parkland came storming back to take a 1-0 match lead, winning set one 25-18.

Parkland continued to ride their momentum through set two, as Parkland defending their home floor well, jumping out to a 2-0 lead with a 25-15 set victory.

VU was not going to go away quietly however as the Trailblazers were battle back in set three, hold a late 19-16 lead before Parkland answered with a run of their own to take set three and the match 25-21.

“Our blocking was exceptional, especially against a big hitting team like Parkland,” VUVB head coach Gary Sien said. “Unfortunately, our offense was inconsistent and we did not get enough kills on a number of opportunities. There were several key moments where we just did not make plays or we would make an error late in a set.”

The Trailblazers were led by Anna Johnsey, who finished with six kills, one solo block, three block assists and an ace.

Jamie Russell finished the first match of the day with four kills and a block assist and Savannah Grimes would end the match with 19 set assists, five digs, two block assists, one kill and an ace.

Match two saw VU take on D-II No. 14 Lincoln Land. The Trailblazers had little time to recover from their match with Parkland as VU played in back-to-back matches.

Vincennes fought hard in the first set against the Loggers, but ultimately fell in a closely contested 25-21 set one.

Lincoln Land would build on their lead in set two, grabbing a commanding 2-0 match lead after taking set two 25-16.

The Trailblazers would look to respond but Lincoln Land took set three and the match 25-11.

“Our serve receive broke down, which is usually our strength,” Sien said. “We obviously did not pass well enough for us to run our offense efficiently. Couple that with a lack of blocking, unlike in the Parkland match and we had a very difficult time scoring.”

“We wanted to see how well we would handle this difficult and competitive weekend,” Sien added. “Though we had some good moments, these two matches showed us that we have a number of things to work on as we enter the second round of matches in the Region.”

Vincennes was led in their second match of the day by Jamie Russell, who finished with a team-high seven kills to go along with seven digs and two block assists.

Savannah Grimes again ran the Trailblazer offense, finishing with 19 set assists to go along with four digs and a block assist.

The Trailblazers will return to their home floor at the P.E. Complex this weekend as VU will host Region 24 opponents Lake Land, Friday, March 5 at 7 p.m., followed quickly by hosting Shawnee Saturday, March 6 as 12 p.m. eastern.