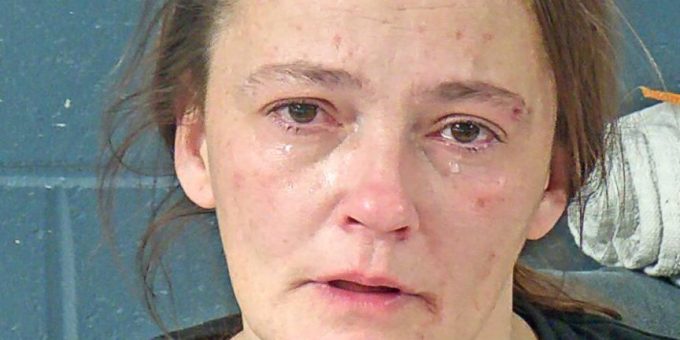 BEDFORD – A Seymour woman was arrested on a warrant after the vehicle she was a passenger in was stopped by an Indiana State Trooper on October 12, 2020, for speeding on Mitchell Road.

During the traffic stop, both the driver and passenger 39-year-old Sunshine Harris, of Seymour, were asked to step out of the vehicle. Harris stepped out of the vehicle with her purse. She was asked to place her purse on the ground next to the vehicle. Bedford Police K-9 Zazu alerted officers to possible drugs in the purse.

Officers found a folding mirror covered with a white powdery substance that tested positive for meth in her purse.

Harris told police the purse was not hers but given to her by a friend. However, police found multiple cards in the purse with Harris’ name on them.

Harris and the driver were released from the scene and the information was forwarded to the Lawrence County Prosecutor’s Office. A warrant was issued for her arrest on a charge of possession of meth.

If you know something, say something. Send an email to drugactivity@lawrencecounty.in.gov or call the Lawrence County Prosecutor’s Office tip line at 812-545-4700. All calls are confidential