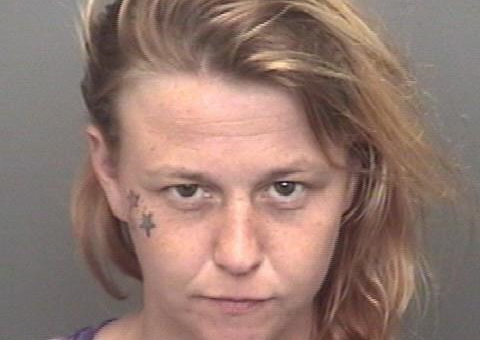 At approximately 6:30 p.m., an ISP trooper stopped 37-year-old Holly Hurt, who was driving a moped on South Kentucky Avenue at Jefferson Avenue, for operating the moped without lights.

The license plates on the moped were expired and her identification card was expired.

During a field sobriety test, Hurt kicked and bit the trooper. After the brief altercation, Hurt was arrested without further incident.

Hurt was transported to Ascension St. Vincent Hospital for minor injuries and then to the Vanderburgh County Jail where she is currently being held without bond.

Trooper Stewart was treated for his injury at Ascension St. Vincent Hospital and later released.

Hunt is facing charges of battery on a police officer, resisting law enforcement, and operating a vehicle while intoxicated.

Assisting on the scene was Evansville Police.