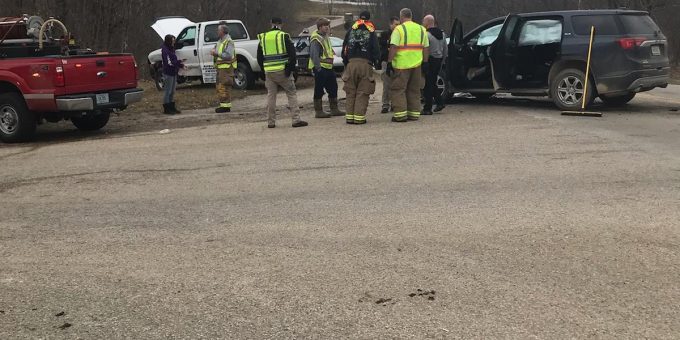 BEDFORD – Two people were injured in a two-vehicle accident at the intersection of East Boyd Lane and Stars Boulevard Friday afternoon.

Lawrence County Sheriff’s Department deputies and emergency personnel were alerted to the crash at 3:15 p.m.

According to a police report, 44-year-old Christy Linde Vande, of Bedford, had stopped her 2005 Ford F-250 at the stop sign at East Boyd Lane and Stars Boulevard and told police she looked both ways before proceeding west on Boyd Lane.

Police say Linde Vande failed to yield the right of way to a 2018 GMC Accadia driven by 41-year-old Amanda Starks, of Bedford.

The GMC struck the driver’s side of the pickup truck.

Linde Vande complained of shoulder and arm pain and was treated at the scene.

Both vehicles were towed from the scene by Stone City Wrecker Service.