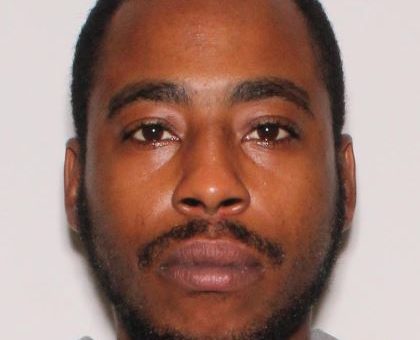 (BLOOMINGTON) – The Bloomington Police Department is requesting the public’s assistance with the investigation of the Teresa Michael’s murder.

On January 28, 2021, at approximately 9:38 p.m., officers with the Bloomington Police Department (BPD) responded to an apartment building in the 500 block of South Basswood Drive after a report of a fire.

Members of the Bloomington Fire Department (BFD) quickly extinguished the fire but located an unresponsive female inside the apartment where the fire originated.

The female was identified as 32-year-old Teresa Michael of Bloomington. Michael was employed by the Monroe County school as a school bus driver.

Police have been looking for 30-year-old Eric Quentin Johnson, a person of interest in Michael’s death.

Police learned Johnson was known to be in the area of Waycross, Georgia. On February 9, 2021, officers traveled to Georgia in an attempt to locate Johnson and Michael’s stolen 2007 Dodge Caliber.

While investigators were en route to Waycross, they learned Johnson was in transit to South Carolina by bus. The bus was scheduled to stop in Columbia, South Carolina. Bloomington Police contacted the Columbia Police Department and requested the department to respond to that bus stop.

Columbia officers awaited for Johnson as he exited the bus, where he was detained. Bloomington Police detectives traveled to South Carolina to interview Johnson.

Johnson was arrested on a charge of vehicle theft and was remanded to the Richland County Jail in South Carolina and is currently awaiting extradition back to Monroe County.

Investigators in Columbia located Michael’s stolen vehicle just outside of the city limits of Waycross.

The investigation into the murder of Teresa Michael continues and no further information will be released at this time.

Anyone with information about the murder of Ms. Michael is asked to contact Detective Chris Scott at 812-349-3382.